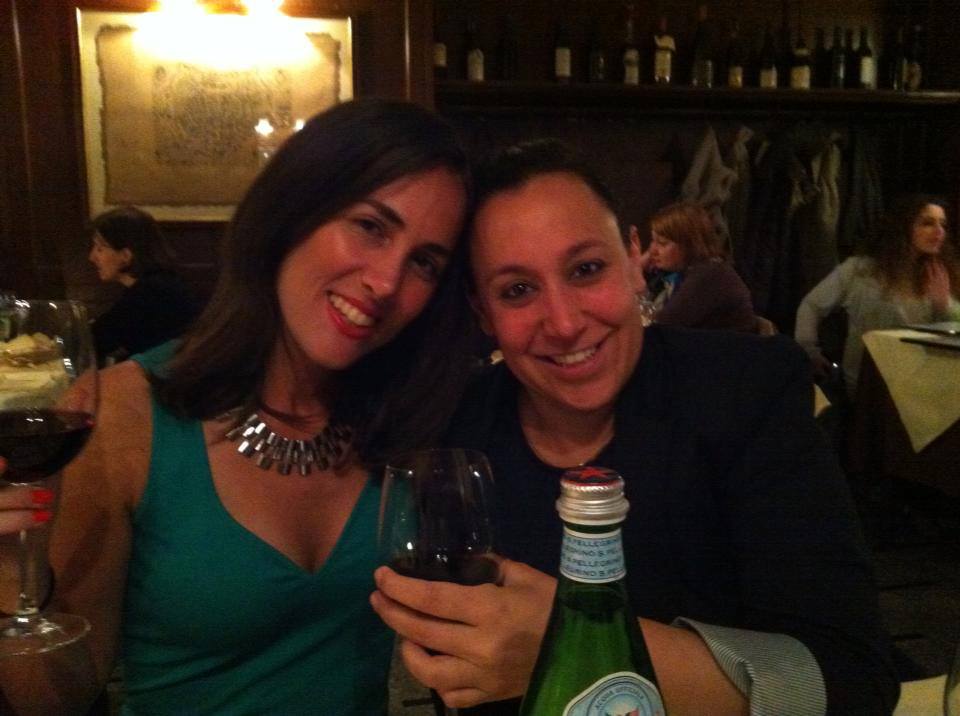 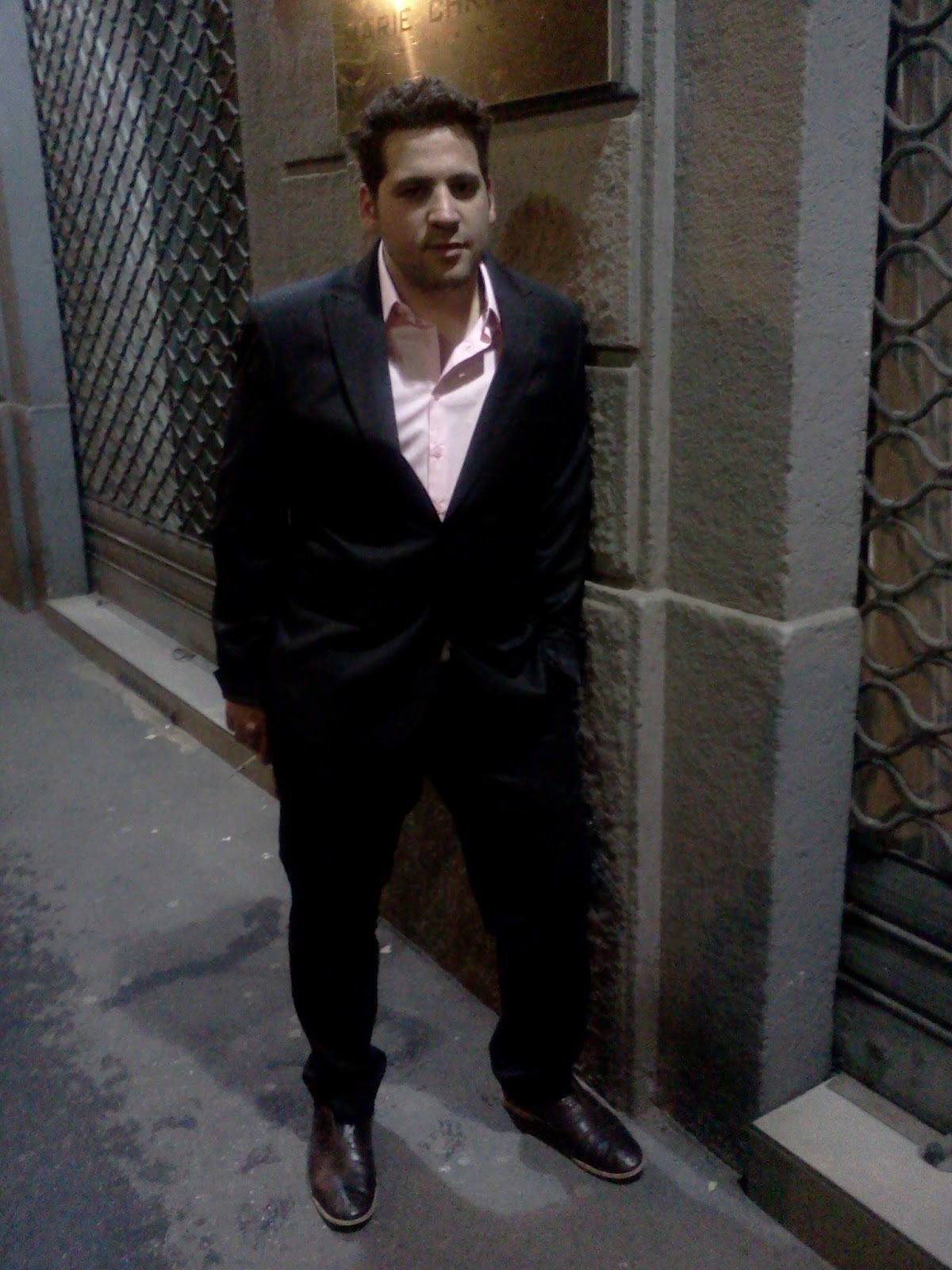 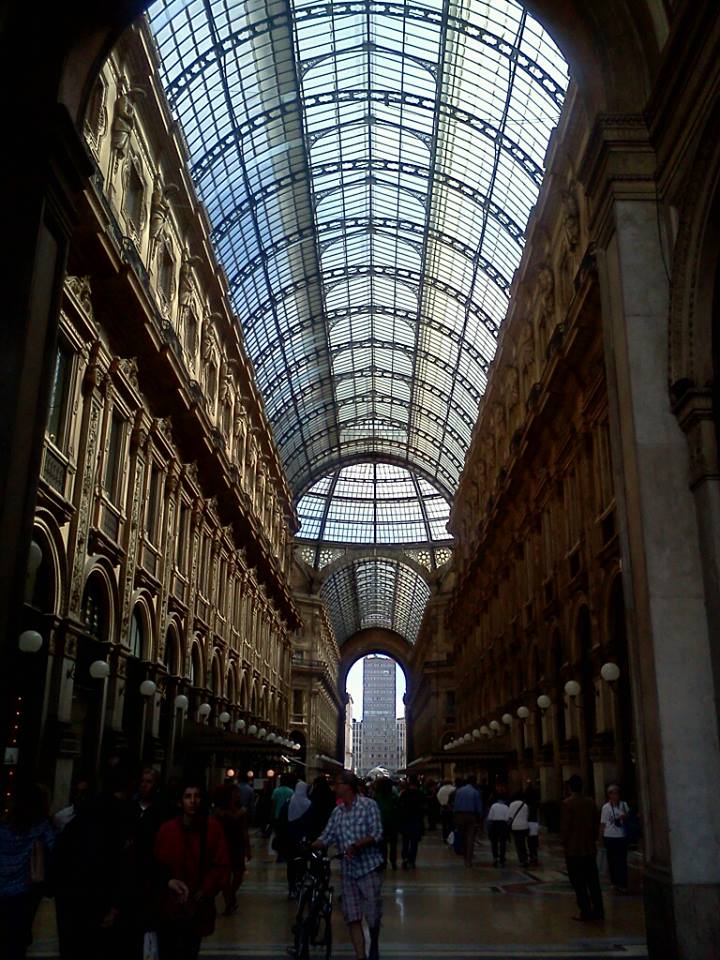 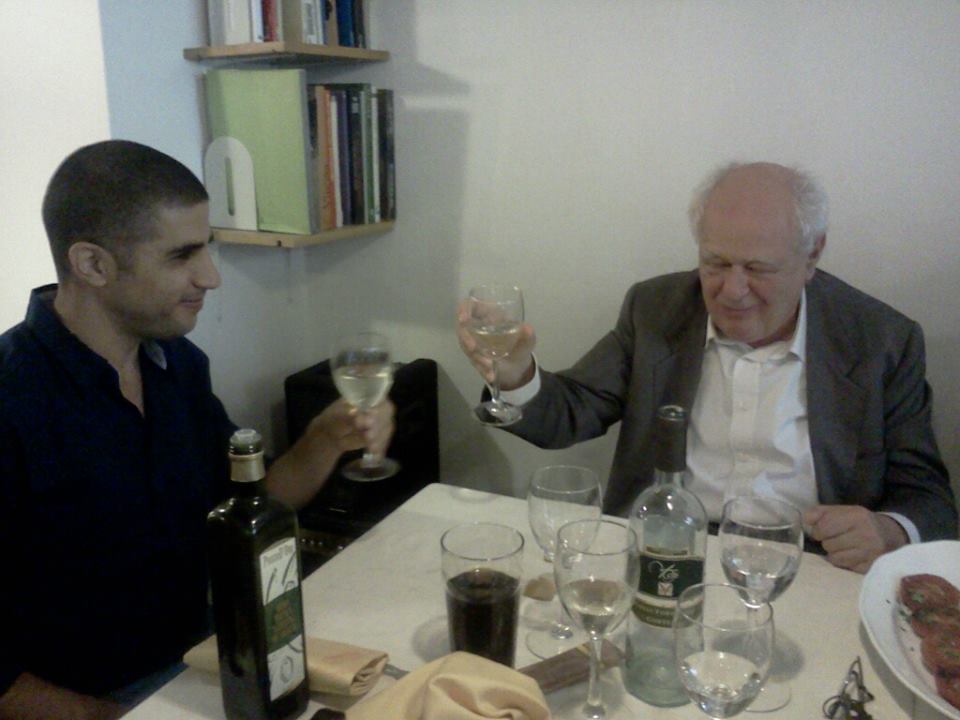 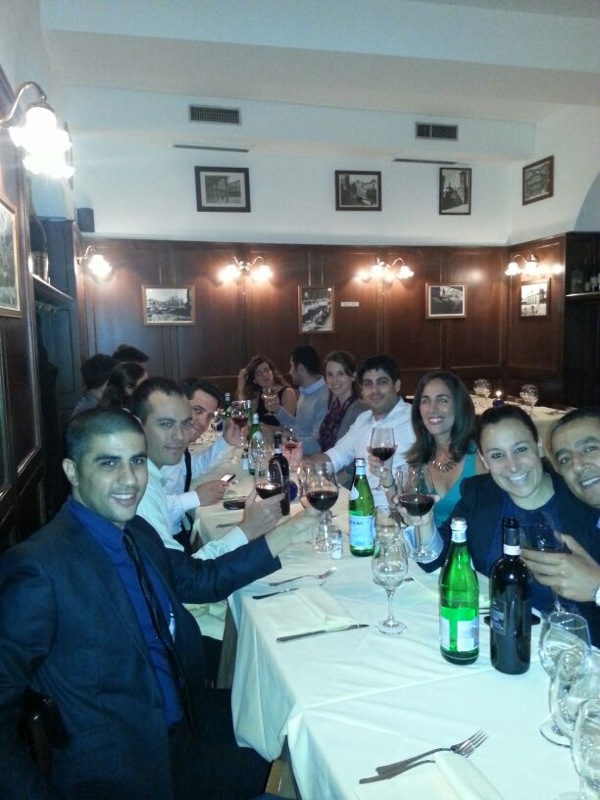 Lucky there’s no peace? Impressions from four days in Milan

I’ve been lucky in the past that I’ve had the chance to travel abroad for work several times: Poland, England, Switzerland, and today I’m out to Italy at a 'Geneva Initiative' seminar for Israelis and Palestinians.
Sometimes, I think that if there was peace, lots of people would lose their jobs, and I was flying abroad less than 'Ricky  Cohen' from Hadera.

I make my way to the airport in a 'Nesher' taxi, with few  Haredi speaks Yiddish, I cannot say that the sounds of this language in Israel doesn’t bother me, but this time I am determined to return to Israel with a solution to the conflict, so others problems must wait.

We arrived to the airport earlier than we usually would in order to express solidarity with our fellow Palestinians. Yet while all the Israelis sit for a coffee in the airport and wait, the Palestinian participants are undergoing exhausting checks on their bags and persons. I won’t lie; I appreciate the security checks, really, but after this we can't expect them to sit with us and talked about what areas they are willing to give up and what not, in a peace agreement.

The plane takes off, some hours passes and we land in Zurich. One of my Israeli colleagues begins to negotiate with the Swiss security crew about the amount of Victoria Secret she bought duty free that are not sealed – Swiss say “it is not sealed,” Israeli “I just bought this and spent so much money.” And so on.  so the Swiss security finishes the argument by throwing all the products in the garbage. I guess we still need to learn something's from the Swiss about negotiations, don’t we?

We landed in Italy, and expected an easy day, so I decided to meet a friend who has been living in Milan for 6 years following the army. It’s hard not to be jealous, he’s living the dream. The guy went to jail at the end of his service, during which he read Ayn Rand’s “the Fountainhead” and the rest is history – a small bachelor apartment in a good location, architecture school, woman's and etc. We sat in a small bar and during the conversation I noticed that although he's having this perfect life, he's missing the Israeli jokes, culture and etc.   So After one beer, and talking about an architectural solution to the conflict, I told him that whether he finishes his degree this year or not, it’s time he gets home.

At the end of the day, it started to rain. I admit that outside of Israel makes me more spiritual than usual, but It  seems like the world occasionally explains through weather what is expecting us in relation to our seminar- Long conversations on a conflict we all have gotten used to, stories of war and peace, emotions erupt, half-truths, multiple narratives and etc.

The second day started. We entered offices with a large table and a cold fluorescent lights. We forced ourselves to try and sit together instead of separate sides, but it is clear that the gesture is meaningless. The assistant of our Italian hosts walked around and arranged the space. She’s working all of her life to make peace between two nations which she has no connection to them. Despite my attempts, I cannot stop thinking that often times these seminars seems to be designed to quiet the European conscience over bringing a real solution, but on the other side, when you talk with our Italian hosts, they apparently have a great sensitivity than you would expect towards the conflict, various parties, and history of it.

So we started discussing the core issues of the conflict. They tell of the sad situation under Israeli occupation, and I’m trying to gently tell them that when a woman is pregnant standing at an IDF checkpoint, I feel sorry for her, but what alarms me more is this soldier who stands there and is required to solve an impossible moral issue.

They say as part of the agreement, 75% of the settlers will remain behind the green line, then what are we complaining about? And we answer that if is 75% equals 70,000 people in numbers, and the disengagement was only 7000, so imagine what will happen with that amount?

They claim we should now enter negotiations and we ask with whom? They say that in order to cooperate with us, we first need to end the occupation, and we say that if you want to end the occupation, we should reach an agreement. They say land swaps in return for what they give up means that we must give them an area equal in value and not some piece of desert – I’m sure Ben Gurion was turning in his grave when he heard this statement (regardless Ma’ale Adumim was also once a piece of desert.

We continue that way throughout our days; I try to take time to practice my listening muscles. Hard to ignore the huge gaps between us, but when you listen carefully, you can see between the lines they want peace, and if we won't strengthen and empower the voices of those that come to these seminars and are considered traitors to their society, there will be no peace.

In one of our workshops, the Israeli organizer said something important – the Israeli-Palestinian conflict is like sitting on the Titanic and watching the glacier approaching while drinking champagne, and without noticing sooner or later, we will crash into it, with champagne in our hand, but we will collide.
Finely Two things getting clearer for me now.  One, if we want to reach an agreement, we must see the big picture- on   one hand we'll required to give up something, and in the other we'll take something else,  it’s not a zero sum game.

The second is, that this is a choice between two bad options, the only question is which is worse? And when will this conflict management slip out of our hands?
Eventually, how do we say when we landing in Israel?
'Heveno Shalom Aleichem' (Peace to You)